6 Problems With The Social Contract

Written by Robert DabneyScroll down to see more content

Having rejected the theory of legitimacy, or divine right of kings, we now return to complete our evidence for the right theory, by refuting the claim of a “social contract.”

First, it is notoriously false to the facts: civil government is a great fact. It must find its foundation in a fact, not in a legal fiction. And the fact is, men never existed rightfully for one moment, in the independency which this theory imagines. God, their Maker and original Ruler, never gave them such independence. Their civic responsibility, as ordained by Him, is as native as they are. They do not elect between civic subordination and license, any more than a child elects his father, but they are born under government. And the simple practical proof is: that were any man to claim that natural liberty, and the option of accepting or declining allegiance, every government on earth would claim the right to destroy him as an outlaw.

[T]he theory is atheistic and unchristian.

Second, the theory is atheistic and unchristian. Such were Hobbes and the Jacobins. It is true that Locke tried to hold it in a Christian sense, but it is none the less distinctly atheistic in that it wholly discards God, man’s relation to him, His right to determine our condition of moral existence, and the great fact of Moral Philosophy, that God has formed and ordained us to live under civil government. So, in the insane pride of its perfectionism, social contract theory overlooks the fact that man’s will is ever disordered and unrighteous; and hence cannot be the just rule of his action.

Third, it also virtually discards original moral distinctions. So did Hobbes, its author, teaching that the enactments of government make right and wrong. It infers this consistently; for if a man’s wish made his natural right, and he has only come under any constraint of civil law by his optional compact, of course, whatever he wished was right by nature. And, moreover, government, being a restraint on natural right, is essentially of the nature of an evil, to which I only submit for expediency’s sake to avoid a greater evil. Civil society is, herself, a grand robber of my natural rights, which I only tolerate to save myself from other more numerous robbers. How, then, can any of the rules of civil government be an expression of essential morality? And is this scheme likely to be promote content and loyalty?

Fourth, the social contract lacks all basis of facts, and is, therefore, wholly illogical. It has no claim in foro scientiae, to be entertained even for discussion. For the science of natural rights should be inductive. But this theory has no basis of facts. Commonwealths have not historically begun in such an optional compact of lordly savages. Such absolute savages, could we find any considerable number of them, would not usually possess the good sense and the self-control which would be sufficient for any permanent good.

[T]he social contract lacks all basis of facts, and is, therefore, wholly illogical.

The only real historical instances of such compacts have been the agreements of outlaws, forming companies of bandits or crews of pirate ships. These combinations realize precisely the ideal pictured by Hobbes, Locke and Rousseau. Did ever one of them result in the creation of a permanent, well-ordered, free commonwealth? The well-known answer to this question hopelessly refutes the scheme. Commonwealths have usually arisen, in fact, from the expansion of clans, which were at first but larger families. And true historical research shows that the primitive government of these clans was usually presbyterian, a government by elders who had succeeded by suffrage to the natural and inherent authority of the first parents.

Fifth, certain most inconvenient and preposterous consequences must logically follow the theory of the social contract. The righteous “swear to their own hurt and change not.” No matter, then, how the lapse of time may have rendered the old compact unsuitable or mischievous, no majority could righteously change it, so long as any minority claimed their pledges. Again, unless the commonwealth has a formal constitution, who can decide what are the terms of the social contract? England has no written constitution.

Again, if the ruler violated the essence of the contract in one act, this would release all the citizens from allegiance to him. The contract broken on one side is broken for both. But so sweeping a release of all the individual citizens of the commonwealth from their allegiance, whenever any essential article of the social contract had been violated, either by a ruler or by a greedy majority, would lead to intolerable anarchy.

There is a noted government which historically and actually originated in a social compact – that of the United States of America. It was a republic of republics; a government of special powers, created by a federal compact between sovereign states, or little contiguous, independent nations. The contracting integers were not citizens, but states. The logical result was that the infringement of any essential principle of the constitution, which was the compact, released each contracting party from the bond. This result inhered inevitably in the nature of this federal government, as was admitted by jurists-consults of all parties; by Josiah Quincy, President Fillmore and Daniel Webster, as fully as by Jefferson, Madison and Calhoun. A government formed by a social compact is ipso facto dissolved by the breach of that compact, into the integers that composed it. In the case of the United States, these integers were sovereign commonwealths. Hence, the exercise of their constitutional rights of succession could not result in anarchy, for the original commonwealths survived, exercising all the authority necessary to that civic order enjoined by natural obligation.

Last, law properly arms the magistrate with some powers which could not have been derived from a social contract of individuals, because the individuals never possessed those powers. Life, for instance, is God’s. No man can bargain away what does not belong to him. Nor can they plead that the commonwealth’s existence justifies her assuming a power of life and death. For the commonwealth, on their view, has no existence to preserve as yet, until the social contract is completed. Again, how does the commonwealth get power to take the life or property of aliens who never contracted with it? The theory represents independent men as surrendering certain natural rights to society, in order to secure the enjoyment of the rest. But I deny that any right can be mentioned morally belonging to any man, of which he is stripped when entering a just government. The one most frequently named is the right of self-defense. But what is meant by it? The privilege of making one’s self accuser, judge, jury and executioner at once to avenge any supposed wrong in any manner suggested by one’s own resentment? I deny that this was ever a right of any creature of God in any state of existence. It is always a natural unrighteousness. Is it the right of an innocent man, when the arm of the law is not present, to protect himself by his own personal force, even to the destruction of the assailant if necessary? Then, I deny that just government strips any citizen of this right. The laws fully recognize it. 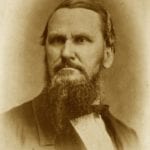 Was F.J. Stahl a Relativist?