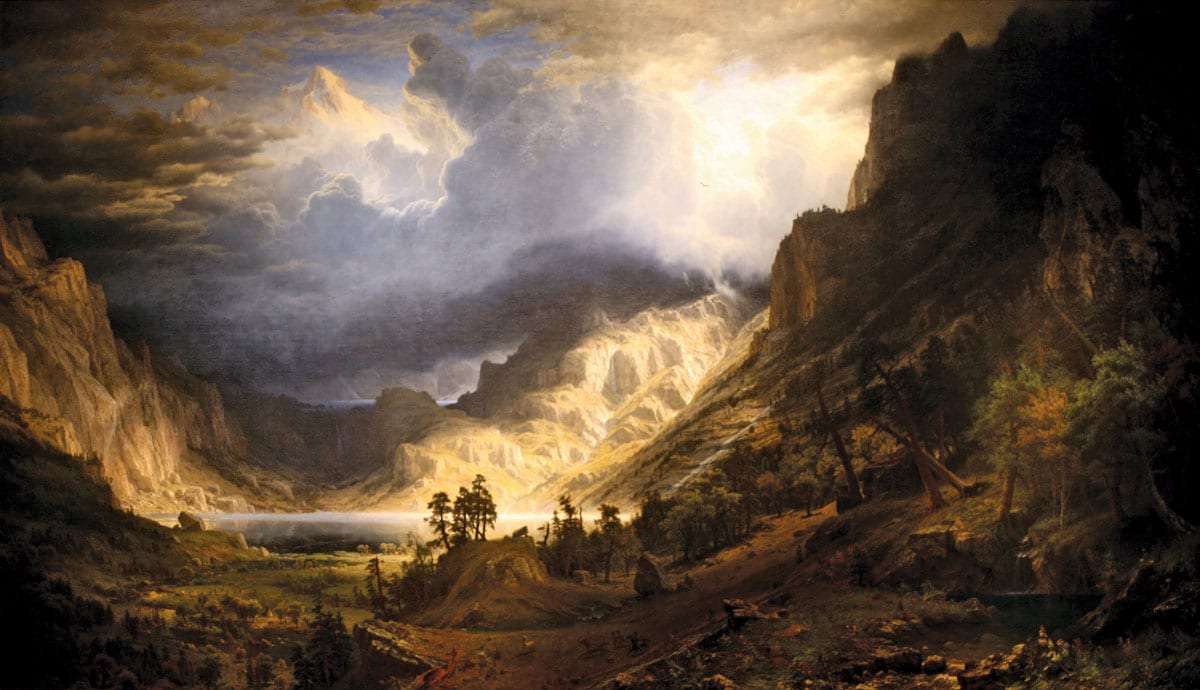 As much as I like the idea of secession, with today’s ostensive “Right,” I believe it is unrealistic; at least in the short run. After a four-year relative reprieve from Neoconservative and Progressive policies, many under the guise of conservatism have become lax and even arrogant until now that their backs are against the wall. Out of either complacency or laziness, most professed conservatives have failed to anticipate our present circumstances. This is seen in the fact that their children still enjoy an unhealthy amount of pop-culture, unrestrained leftist indoctrination in state schools, and effete discipleship from their ministers (assuming they’re even religious). This is why I am inclined to believe that the inert hysteria we’re currently seeing will eventually die down once Biden is inaugurated. In fact, since I first started writing this article over a week ago, conservatives seemed to have largely dropped the matter. Only unsavory personalities on the fringe can keep up the energy now, through the midterm elections, and on into 2024.

Moreover, I think it is unlikely that Trump will form a new party or resurrect Perot’s Reform Party (as some of my friends believe); no matter how badly some of us would like to see an end to the party duopoly, or at least the demise of a GOP that consistently capitulates leftward in defeat. To remain competitive with the support of idiotic and ambivalent “moderates” and centrists — and quasi conservatives in progressive latency, the GOP will prop itself up on Overton’s Windowsill with or without Trump.

It’s easy to accuse one of being overly negative here, but none of these observations are without warrant. This is about the impotence of what passes for the “American Right” today and should not be taken as a prediction against Trump’s popularity among his base; a  base that is not to be confused with the totality of all who profess conservatism; a base whose beliefs should not be considered wholly of one accord; a base of which I am a part. Nor should this be seen as a prediction against Trump’s return to power which could very well be the case. No, I am speaking to a more fundamental issue within American Conservatism itself.

American Conservatism has been undergoing a mutation of sorts into something unrecognizable for quite some time while spurned by the party said to be its home. Though Edmund Burke taught that change is the means to our preservation, he also taught that justice and liberty stand and fall together — something many, if not most, professed Conservatives seem to forget in even the smallest victories over those with an ideology hell-bent on felling both.

I believe George Grant (a Canadian Philosopher) was on to something in his assessment of American Conservatives, that many

who call themselves ‘Conservatives’ have the right to the title only in a particular sense. They stand for the freedom of the individual to use his property as he wishes, and for a limited government which must keep out of the marketplace. Their concentration on freedom from governmental interference has more to do with nineteenth-century liberalism than with traditional conservatism, which asserts the right of the community to restrain freedom in the name of the common good.

Grant goes on to claim that the American left and right hold to a common ancestry in liberalism. He writes,

The founders of the United States took their thoughts from the eighteenth-century Enlightenment. Their rallying cry was ‘freedom.’ There was no place in their cry for the organic conservatism that predated the age of progress. Indeed, the United States is the only society on earth that has no traditions from before the age of progress. Their ‘right-wing’ and ‘left-wing’ are just different species of liberalism. “Freedom” was a slogan of both Goldwater and President Johnson.[1]

It’s a matter of debate as to whether the founders were liberal, conservative, or a mixture of the two. At least this much can be said of what passes for conservatism in America today regardless of our founding.

When we look at the concept of “freedom” to many professed Conservatives today — including Trump who has more in common with a 1990’s liberal Democrat than a Traditional Conservative — it seems to have nothing (or very little) to do with virtue and the wisdom of tradition, but everything to do with soft self-perpetuating libertinism while blind to the looming totalitarianism that it guarantees. For instance, there is great risk in being a conservative while rejecting special rights given to the LGBTQ+. In this, it’s no longer uncommon for “conservatives” to pander to such special interest groups while reviling conservatives who condemn homosexuality and other forms of lechery. In fact, with present developments, it seems that the freer people are to do with their bodies as they please, the less free we are as a community to exercise virtue; when the government works to ensure mankind’s most debased vices are free from scorn and criticism at all cost. Conservatives continue to play right into this, along with libertarians, and act shocked when their rights are further diminished.

Grant’s position has merit. American Conservatism is withering in hospice care from what I believe to be a self-inflicted failure; failure due in large part to a combination of things like: The prevalence of eschatological fatalism in which little civil prescription is given by Christian theologians and philosophers alike beyond a peaceable life and a reductionist view of politics; a low-culture consumerism that emphasizes material fulfillment at the expense of the transcendent; and sheer ignorance — that is, most supposed right-wingers cannot even articulate the definition of conservatism.

I would hazard to guess that most supposed Conservatives in America have reduced freedom to a litany of specific rights with little or no metaphysical foundation, despite lip service to “our God-given rights.” It’s gun rights for some, and lower taxes for others; or freedom of expression, and freedom of assembly — all within the confines of a Constitution that is effectively little more than a paper tiger in the absence of higher thought. One might be tempted to assert that this is about purism, but in actuality, it is about maintaining a mindset concerned with permanence and preservation; something that requires a proactive but measured effort instead of desperate ad hoc reaction and the compromise of integrity.

A variant of one of Conquest’s Laws of politics holds ever true to me, that any organization [or person] not explicitly [and fundamentally] right-wing will eventually become left-wing. I say this assuming the vast majority of people who fancy themselves conservative, are ignorant of what it even means to be such, and so are inclined leftward. This applies no less to religion as it does politics. So, while I don’t think secession will happen anytime soon, I wholeheartedly believe that Conservatism, rightly applied, cannot abide a leviathan State, and therefore Conservatives must look to their laurels and seek its dissolution while reappropriating their title to preserve a lasting legacy for future generations 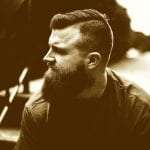 Terrence, as he is known by family and friends, resides in the southeastern United States in North Carolina with his wife and three sons. A graduate from The Master’s University with a BA in Christian Ministries, he is a Confessional Baptist and adherent to Paleo-Orthodoxy who occasionally writes. His favorite authors include, but are not limited to, Richard M. Weaver, Thomas Sowell, Russell Kirk, Thomas C. Oden, and C.S. Lewis. 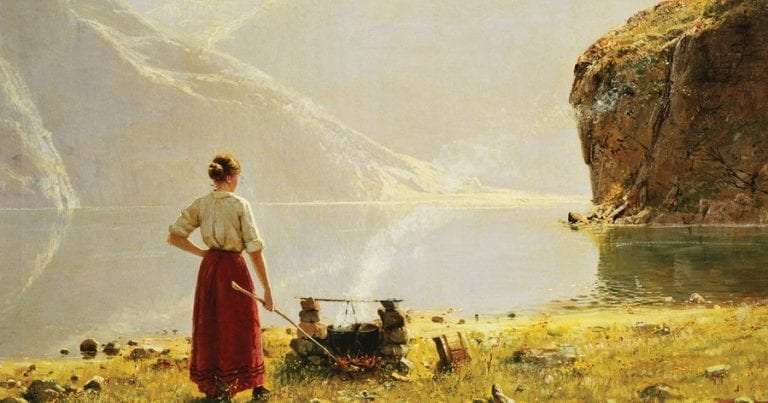 Libertarians, ironically, tend to feed modern secularism. Libertarianism fails to balance the individual and the collective.

There is a developing renaissance of historic conservatism, in part due to many recent translations, among which is the nineteenth century German legal theorist Friedrich J. Stahl. 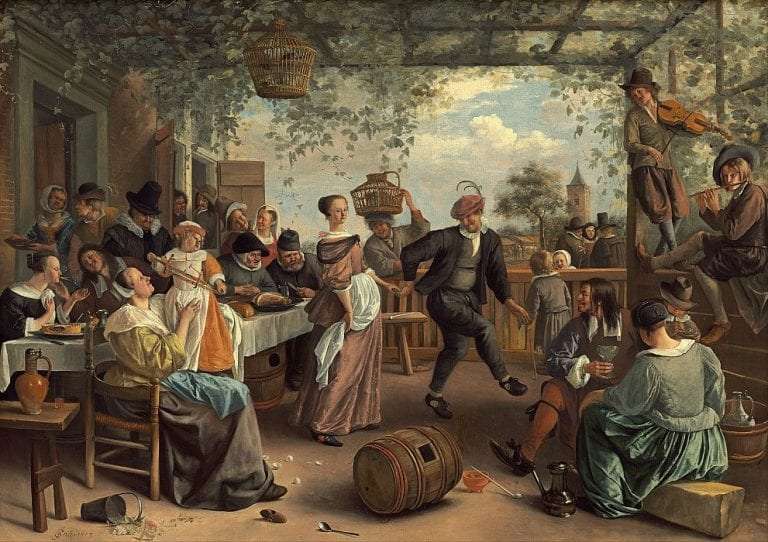 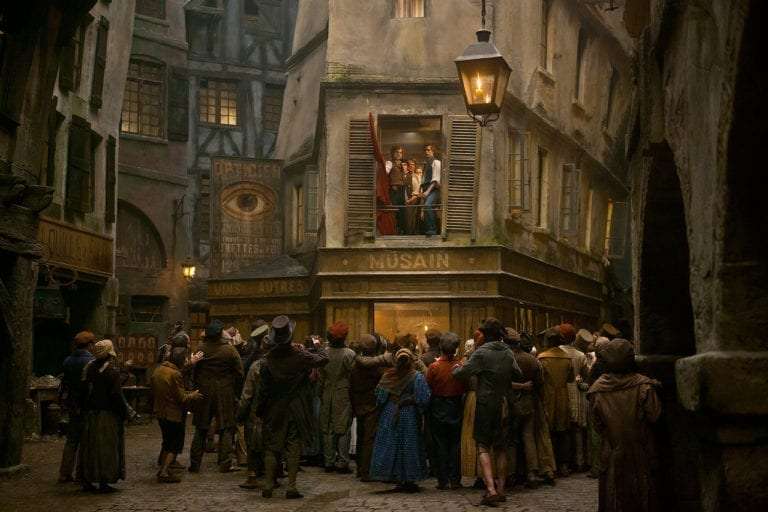 Different roles, different jobs, produce different rewards; Christ’s reward is His Bride and no one else’s. To attempt to redistribute rewards goes against justice as the Godhead understands it. 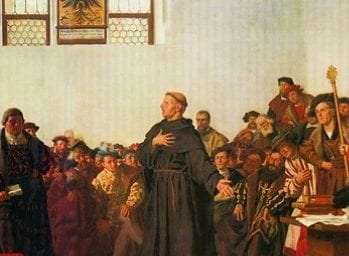 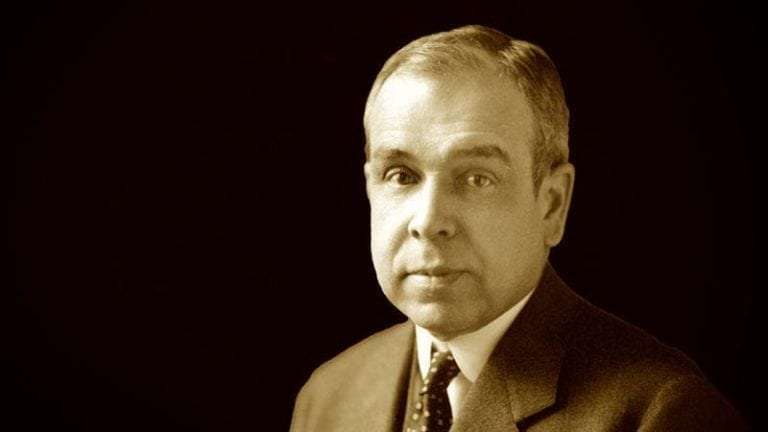