What should be the Christian stand on the death penalty?

Written by R.C. SproulScroll down to see more content

Fine distinctions are made between voluntary and involuntary manslaughter, malice of forethought, and the various kinds of situations that fall within the complexity of our jurisprudence. So I’m answering this question in its broad principle.

Usually, the great objection to capital punishment is that human life is so precious and so valuable that we ought never to lift our hands to snuff it out. Also, every human being is redeemable. Another argument is that capital punishment is not a deterrent. But the institution of capital punishment was not given as a deterrent but as an act of justice. What is the biblical rationale? Capital punishment is instituted very early in the Old Testament before Moses, before Sinai, before the Ten Commandments, back in the days of Noah, where God says, “If by man, man’s blood is shed, by man shall his blood be shed.” Thats not a prediction. The structure of the language there is an imperative; it is a command. The reason is given: “Because man is made in the image of God.” In other words, the Bible says that human life is so sacred, so precious, so holy “human life has so much dignity” that if with malice of forethought you wantonly destroy another human being, you thereby forfeit your own right to life. God doesn’t merely allow the execution of murderers; he commands it. 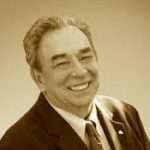 Dr. R.C. Sproul was founder of Ligonier Ministries, founding pastor of Saint Andrew’s Chapel in Sanford, Florida, and first president of Reformation Bible College. He was author of more than one hundred books, including The Holiness of God.