Written by Gene Edward VeithScroll down to see more content

Men and women who had sex without being married to each other once felt ashamed and practiced their fornication in secret. Now, having sex outside of marriage is taken for granted as part of the single life and has become the rule, not the exception. Young women who became pregnant out of wedlock once dropped out of sight to go to special homes where they could have their baby out of the public eye. Now, they either get an abortion or openly embrace their identity as single mothers. Among teenagers, sex used to be reserved for marriage, then for “being in love,” but now even dating has become obsolete, replaced with an impersonal, one-night-only “hooking-up” with someone they do not even know. Instead of waiting until marriage to have sex, couples live together — having not only sex but sometimes children together — with marriage being reduced to an optional ritual, with no real consequence in itself.

Other cultures have been tolerant of sexual immorality, but even these stopped short of seeing sexual immorality as a good thing. In ancient Greece, prostitution was commonplace, but not for young women of respectable families, who valued virginity and for whom promiscuity would be anathema. Homosexuality was rampant, especially for young men in the military, but no one ever so much as suggested that homosexuals should marry each other. (What happened is that men who indulged in this vice in the army then married a woman as soon as their service was over and had normal families, showing that homosexuality is not innate but culturally constructed.)

Contrary to those who insist that the prohibitions of such sexual immorality in the New Testament are merely “cultural,” it is clear that Paul and the other inspired authors were being counter-cultural, since the vices they condemned were quite acceptable in the Greco-Roman world. And yet, even the immoral Greeks saw the necessity of protecting the institution of the family.

Those who complain that moralists focus too much on sex, to the exclusion of more important moral problems in the culture (such as poverty, the environment, and health care) are staggeringly naïve. Sex is the most foundational issue in culture, determining whether there even is a culture.

This is because, as all anthropologists agree, the basic unit of any culture is the family. And families come into being because of sex. A man and a woman are brought together by sexual desire for each other and so get married. Their sexual activity engenders children. The parents care for those children, protect them, and teach them how to grow up to form families of their own.

Sex is a “family value.” But when sex is divorced from marriage and having children, the family and thus the culture as a whole are put in serious danger.

So what caused this dramatic, unprecedented shift in our culture’s attitude towards sex?

First was the decline of the cultural authority of Christianity after the Enlightenment. Beginning in the eighteenth century and accelerating into the twenty-first, the biblical view that moral absolutes have the status of objective truth has been fading from people’s understanding. This was the necessary loss of foundation that made what would happen later possible.

At first, the alternative moralities continued to agree with the Christian absolutes, just getting there via a different philosophical route. The approach to ethics that was most fitting to the post-Enlightenment Age of Reason was “utilitarianism.” Under a utilitarian ethic, which could be comprehended by reason and scientific evidence, something is good if it is useful, if it “works.” That is, an action that contributes to the smooth running and the practical benefit of society is considered morally good. (Of course, this is philosophically very weak, since “benefit” implies a prior objective good.)

Utilitarianism still affirmed sexual morality. Instead of citing revealed absolutes such as “Thou shalt not commit adultery,” utilitarians disapproved of adultery because sex outside of marriage weakens the family, and strong families are necessary for social stability. Sex outside of marriage is wrong, according to the utilitarians, because this practice will make for babies being born without a committed father and mother to take care of them. Neglected children are a burden for the mother and for the society, resulting in increased welfare expenses, poverty, and crime.

Christians can agree that moral truths have practical implications, but the utilitarian ethic is, by its nature, changeable. Get rid of the unfavorable consequence, and what once was immoral can be just fine.

On May 9, 1960, the birth control pill was approved by the FDA. Now one could have sex without having to worry about that side-effect of having children. There was no longer a utilitarian reason not to have sex outside of marriage.

What birth control technology did was to separate sex from procreation. This was at first within marriage, but then the contraceptive mentality made sex before marriage acceptable, as long as young couples know how to avoid pregnancy.

It is not necessary to take the Roman Catholic position that all birth control is wrong or to agree on all points with the Roman Catholic theology of natural law to recognize that separating sex from having children would have enormous cultural consequences.

Sex has been designed by God for His miraculous work of creating new human beings, each with an immortal soul. The physiology of sex in every detail works to engender new life. The emotions of sex exist to bring a man and a woman together to constitute a family. Yes, sexuality is distorted by the Fall, so that lust and fornication can work against God’s purposes and be tainted by sin, but God’s created order remains.

But now sex is reduced simply to a physical pleasure, with no necessary connection to its God-designed, family-making function. If it is merely a highly-pleasurable physical sensation, what difference does it make how that sensation is brought about?

If a man and a woman want to have the pleasure of sex without having children, why should they be married? If someone is sexually-stimulated by a person of the same sex, what could be wrong with that? After all, sex need have nothing to do with procreation, so why should the biological equipment of one’s partner make any difference? Conversely, if marriage is simply a sexual attachment, unconnected with having children, why shouldn’t homosexuals be able to get married too? If sex is just a pleasure to enjoy, why do we need any relationship at all? A person can just have sex with himself, aided by pornography.

In the shadow of the pill, the Sixties continued to unfold as a time of cultural revolution. The liberation movement; the touchy-feely romanticism of the hippies; the rebellion against traditions and institutions fomented by the times; the commercialization of sex in the entertainment industry; the apotheosis of the self — all of these played a role in the sexual revolution, and they remain powerful cultural forces today.

The next decade took the next step. On January 22, 1973, Roe v. Wade legalized abortion. Contraception never completely prevented sex from producing children. Now it became legal to kill children once conceived. To mere permissiveness was now added unspeakable cruelty, all in the service of the alleged right to have sex without engendering children.

Babies can now be conceived sex-free, in Petri dishes. The egg and sperm can come from anonymous donors. But not even egg and sperm are necessary any more with the technology of cloning, in which one cell of any kind can be replicated until it constitutes a human being. When cloning is perfected, parenthood will be obsolete, since one’s child will really be one’s identical twin.

We will depend on technology both to prevent children being conceived and also to conceive them. The artificial womb is on the verge of development. Women will be freed from the pains of childbirth, and gender itself will be obsolete. Children will be manufactured, not born, engineered to be just as we want them. Abortion will take care of the mistakes and make possible a new much-heralded industry, conceiving babies in order to grind them up for their stem-cells to make medicine for adults.

All of this is not only possible, but, more ominously, it is thinkable. Our cultural elite does not even see anything wrong with this, and is lobbying to make it happen. In the absence of a biblical understanding of moral absolutes, the family will soon be obsolete, genuine culture — and genuine sex — will be impossible. 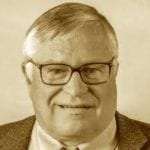 Capitalism and the Exploitation of the Working Class