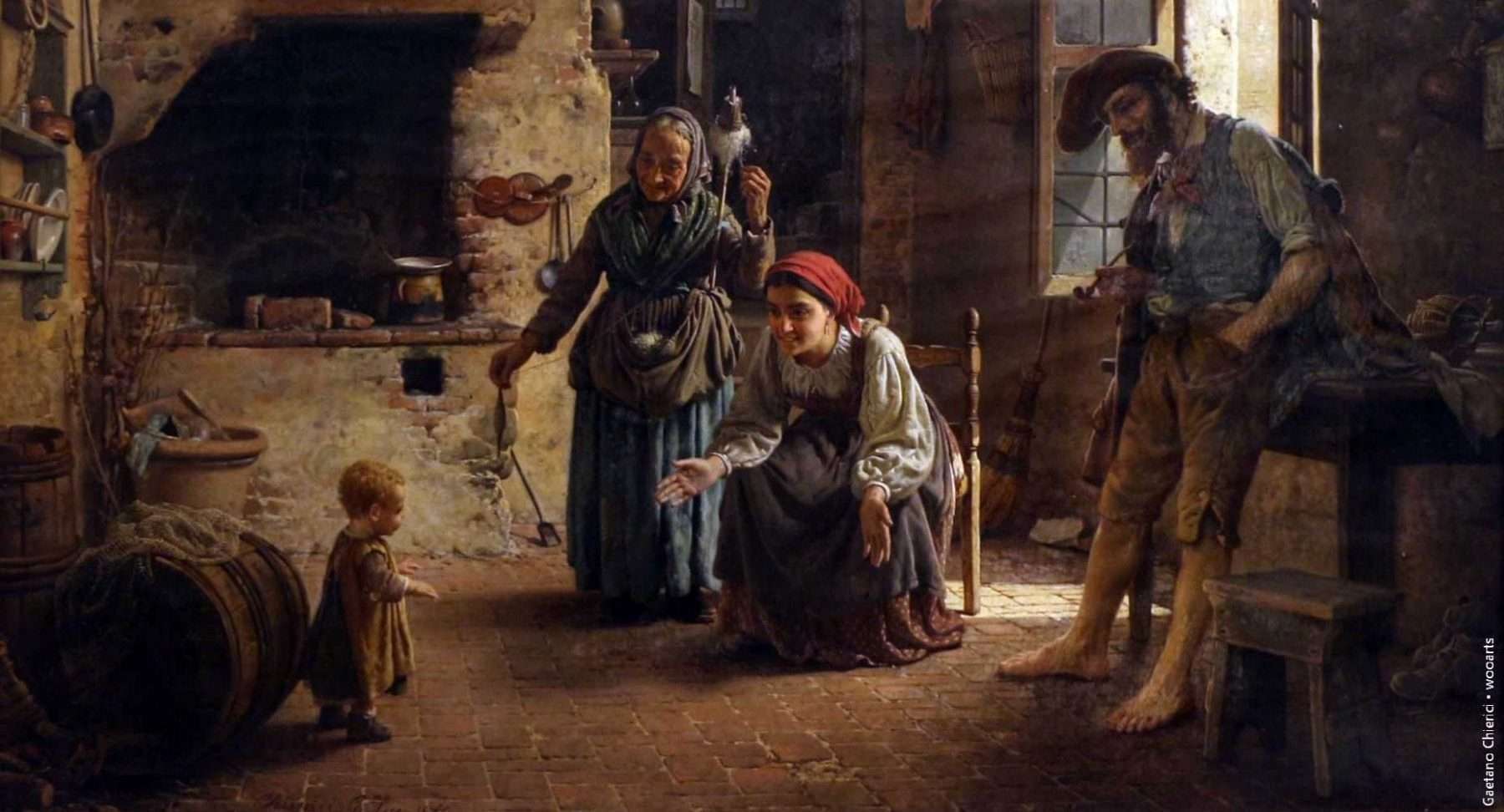 Groen van Prinsterer’s battle for Christian education in the Netherlands took place during a time of increased deconfessionalization of the Dutch state and the liberalization of Dutch schools. This battle is perhaps what Groen van Prinsterer is best known for in his native Netherlands. Today, no less than 11 Calvinist elementary and high schools in the Netherlands are named after him because of his tremendous contribution to Christian education during the nineteenth century.[1]

Groen’s advocacy for Christian Education in the Dutch Parliament

Groen’s historic battle for Christian education must be viewed in light of his struggle against Enlightenment liberalism’s socio-political manifestation in the Netherlands. Following the Batavian Revolution in 1795, the ideas of behind the French Revolution was politically established in the Netherlands. This naturally had a profound impact on the education system in a country where the Reformed Church had previously been positioned to take full responsibility for establishing schools.[2] A new education bill, accepted in 1842 just as Groen was emerging as a prominent figure on the Dutch political scene, determined that one hour per week could be allowed for “doctrinal instruction” in public schools, but only if it was acceptable to the majority of parents, teachers and students. In practice, however, one dissenting voice could suffice to ban “offensive” material from the curriculum—a principle that was, at the time, shockingly even supported by the liberal Dutch Reformed Church.[3] Groen heavily opposed the legislation, defending the rights and responsibility of the Reformed Church as national Church in terms of overseeing the national education system.[4]

During the 1850s, Groen van Prinsterer was a member of parliament in the newly established Dutch constitutional democracy, and one of the only opponents of a new education bill introduced in 1854. The bill proclaimed public government education to be sufficient for the needs of the nation, but allowed for exceptional circumstances where private schools might be instituted separately by families and communities of various differing religious backgrounds.[5] The bill ultimately didn’t pass, but an even more radical, revised bill in 1856 which explicitly advocated “religiously neutral” education passed, much to Groen’s dissatisfaction.[6] This disappointment ultimately led to his resignation from parliament in 1857. In 1860 he would establish the Union for Christian National Education aimed at advancing and supporting the growing number of Christian schools in the country. In 1862 he would return to parliament for a final stint, again focusing primarily on the issue of education. It was during this final tenure in parliament that he delivered a speech, in 1864, in which he mot clearly set out his position on the issue of education.

In the speech he argued that, given the culture in the Netherlands, the ideal would be for the church and state to share authority and influence in the public domain, with the church, and not the state, handling the particular issue of education. In a de-confessionalized state, however—the status quo at the time—he believed that education should be privatized and localized as far as is possible, with public education only being provided in exceptional circumstances.[7]

Groen’s Emphasis on the Necessity of Christian Education

The strategical changes that characterized Groen’s parliamentary career needs to be viewed as pragmatic, rather than reflecting any principled changes. Groen had, always, as a matter of principle, held to the ideal of a national Church-driven system of Christian education. His strategies must therefore be viewed in light of his goal of maximizing the potential and reach of Christian Education.[8]

His emphasis on education therefore needs to be understood within the framework of his fight against liberalization and his determination to contribute to the re-Christianization of the Dutch nation. For Groen, it was not merely sufficient to teach children general Christian values, without Christian doctrine:

Our opponents argue that education is not supposed to be ecclesiastical and doctrinal, so as not to offend those with differing religious sentiments … But Christian virtues in the absence of Christian Institutions, are useless. Such a [strictly] moral education merely creates fertile ground for pride and self-justification. [9]

For Groen, the idea of neutrality is a myth. He writes in 1862 that:

People apparently desire to neutralize the state, but in practice the state is surrendered to wholly non-neutral influences. If the Christian principle is not prevalent in our political life, then the anti-Christian principle will target everything that remains dear and sacred to our Christian nation.[10]

This also applies to education, and he considered the idea of a neutral education to be a practical impossibility. If children aren’t thoroughly provided with a Christian education, they will be indoctrinated by means of an anti-Christian one.

His fight for Christian education was also distinctly orientated towards achieving his Anti-Revolutionary goals in future. His sanctioned his rejection of the liberal education bills on the basis of his commitment to preserve “the Christian character of the nation” by means of a distinctly Christian national system of education.[11]  Groen foresaw the eventual downfall of liberal politics, and desired the Christian people of the Netherlands to be prepared to participate in the process of national Christian reconstruction and re-confessionalization when the time came. The education of a child in the ways of the Lord, Groen argues, “might seem like an insignificant act in the eyes of the world,” but in doing so one instills in that child a “faith that conquers the world [and] to conquer the world it is necessary to demolish every argument and every lofty opinion raised against the knowledge of God, and take every thought captive in obedience to Christ.”[12]

To Groen, the Christian education of children in Biblical and historical truths were absolutely essential towards his goal of re-Christianizing and bringing the Dutch people to national repentance. Groen rejected government education, but regarded education to be a public matter and consequently as the duty of the national church just as much as that of parents themselves.  For this reason, Groen regarded the establishment of church schools able to see to the education of children and all future generations in accordance in the truths of the Christian faith as absolutely vital in terms of strategically advancing the Kingdom of Christ among the Dutch people. Even though Groen remained childless himself, Christian education was the primary cause to which he would ultimately dedicate his life. 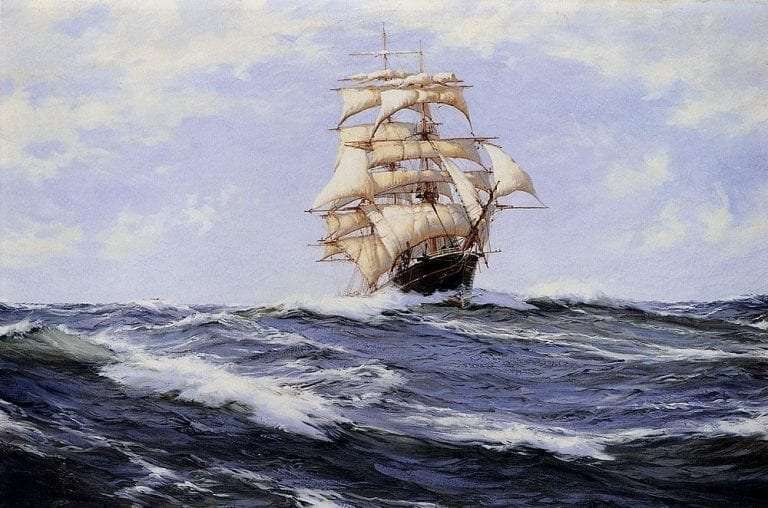 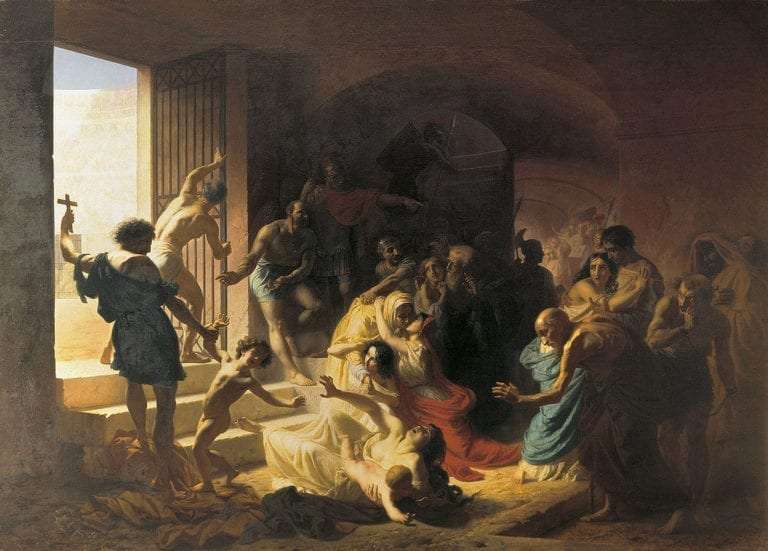 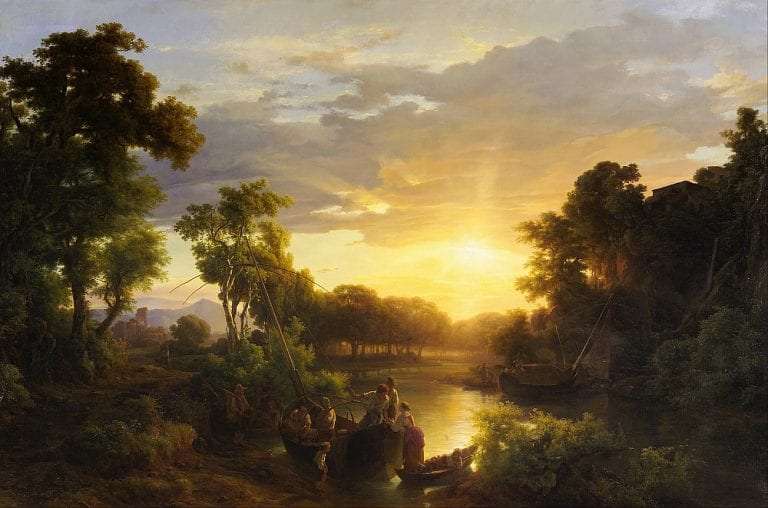