“Storm off the Coast of Belle-Ile ” by: Jean Antoine Theodore Gudin, date unknown

Guillaume Groen van Prinsterer (1801-1876) was a Dutch Calvinist and Anti-Revolutionary historian, statesman and political theorist. He was the most prominent and influential opponent of Enlightenment liberalism in the Netherlands during the nineteenth century. A casual visitor to the Netherlands might easily encounter his name by means of the more than ten Christian schools and at least twenty-three streets in various cities and towns throughout the country that have been named after him. Among Dutch Reformed scholars, extensive study and appreciation of Groen[1] as ideological forebear has continued for well over a century, even if this historical figure might be little-known in the Anglosphere.

Groen adhered to an Augustinian philosophy of history, namely as the battlefield of faith and unbelief, i.e. the kingdom of God versus the kingdom of darkness. He saw history as the manifestation of the struggle between ideas reflecting the interest of either of these two kingdoms, with the purpose of history, however, being the victory of the seed of the woman (Christ) over the seed of the serpent (Satan) prophesied in Genesis 3:15.[2] This principle provided the narrative meta-structure of his historiography.

As was common for nineteenth-century historicist thinkers, Groen’s political theory (and action) was sanctioned and shaped through his historiographical perspective. He identified “revolutionary” modernism or the Enlightenment as an enemy of the kingdom of God, lamentably separating Western civilization from its historic Christian roots, and eventually effectuating socio-cultural spoliation.[3] For Groen, the Revolution entailed not only political upheavals such as the French Revolution, but he saw political revolutions as the historical manifestations of a much more significant epistemic revolution in the hearts and minds of the people. The most important theories Groen associated with this revolution were the sovereignty of humanity, equality and the social contract.[4] Groen saw the French Revolution and subsequent European revolutions as manifestations of a rationalist religion idolizing mankind and opposing God, describing it in biblical terms as the fruit of unbelief.[5] His Anti-Revolutionary political theory was rooted in both a “faith and unbelief” dichotomy, as well as covenantal “tree and fruits” paradigm as sanctioned by his Augustinian historiography.  He rejected egalitarianism as a political principle, arguing that state-sanctioned equality would merely replace natural inequalities with artificial inequalities.[6] He countered the idea of the social contract with the principle of droit divin, i.e. that government is instituted by and derives its authority from God. Governments exercise legitimate authority when, and only when, they do so in accordance with God’s laws and providential purposes.[7]

The core message of his magnum opus, appropriately entitled Unbelief and Revolution can best be described as follows: forsaking the supremacy of the divine, transcendent moral order as authoritative standard for societal and political arrangements in favor of the supremacy of man conflicts with divine ordinances and leads to anarchy from which government tyranny alone offers liberation. Only the recognition of the authority of God can liberate from the slavery that is submission of arbitrary authority of man.

Groen opted for a decisively traditionalist conservative approach by virtue of his integration of history and political theory. He understood the “historic principle” to be epistemic rather than ethical. While no page of history remained uncontaminated by sin, history is pedagogic in the sense that, in the long term, it reflects the divinely imprinted essence of reality.[8] For Groen, reality necessitates the practical inescapability of the covenantal curse-and-blessing paradigm, since rebellion against the divinely-ordained social and natural order would necessarily have dire consequences. Durability thereby serves as a seal of authority, because developments or initiatives at odds with the created order are doomed to failure, while positive socio-political outcomes would generally be achieved through obedience to God’s creation ordinances. Historically developed political and social arrangements are thereby to be respected as manifestations of these divine ordinances, i.e. eternal laws established by God for purposefully ordering creation.

Groen advocated resistance to the centralized, all-powerful state and a return to solid anti-revolutionary principles in the public domain.[9] This entailed a re-contextualized application of historical Christian political principles to achieve his goal of not only resisting Enlightenment liberalism, but overturning it and re-Christianizing society. 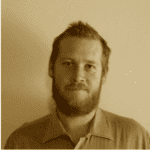 Jan Adriaan Schlebusch was born in 1989 in Bloemfontein, South Africa. He grew up on a cattle ranch near the city. Between 2008 and 2013 he completed a BA (Theology), a BA Honors (Latin) and an MA (Philosophy) at the University of the Free State. In 2018 he graduated with a PhD from the Faculty of Theology and Religious Studies at the University of Groningen. The title of his doctoral thesis was Strategic narratives: Groen van Prinsterer as Nineteenth-Century Statesman-Historian.

The Reformation Principle
If we are to defeat the Revolution, we must have the Gospel stripped of all hindrances and set free from the superstitions in which Rome has sunk and distorted it.
Groen's Reformed Meta-History
History, no less than science and philosophy, must be done by the Christian sub specie aeternitatis -- within view of eternity, and as always, coram Deo.
Pseudo-conservatism
In isolation lies our strength. Groen van Prinsterer explains the path away from a pseudo-conservatism to a path of faith and obedience.
Catholicism's Impotence and the Liberal Revolution
Never forget that most of the abuses of the Roman Church are inextricably bound up with its doctrines, and that its so-called infallibility renders it incorrigible.
2020-06-30T17:00:26-04:00By Jan Adriaan Schlebusch|Conservatism, Political Theology|