Herman Bavinck was a deep thinker, an active churchman, compassionate statesman and possibly the most influential theologian born in the Netherlands. He was born, in fact, on December 13, 1854 in Hoogeveen, Holland. He was the son of Jan Bavinck and Gesina Magdalena Holland. His father was a minister in Hoogeveen. The family moved to Bunschoten in 1857 and later to Almkerk in 1862. After completing his education at the Gymnasium (high school) in Zwolle, he enrolled at the theological school in Kampen. Herman turned out to be an excellent student and won several academic prizes.

After a year, he enrolled at the University of Leiden due to his dissatisfaction in the quality of the scientific education in Kampen and his desire to know theology from a scientific perspective. This was very unusual for the spiritual climate of his ecclesiastical context due to the people’s fear of modernist influences.

Bavinck completed his studies in 1880 with a promotion, retaining his orthodox faith. Just before that, he was offered a chair in Eastern Languages ​​at the VU (Vrije Universiteit – VU University Amsterdam, founded by Abraham Kuyper), which he refused. Abraham Kuyper saw great potential in the intelligent Bavinck and tried several times, initially without success, to get Bavinck to teach at the VU. In 1882, at the age of 28, Bavinck became a professor at Theological University in Kampen.

While he became a professor at a young age, he married quite late. In 1891, at the age of 36, Herman married Johanna Adriana Schippers, 10 years his younger, and they had a daughter.

In 1902 he went to the VU, partly due to a conflict in Kampen, in order to take over the chair of Kuyper, who since 1901 led the Dutch cabinet (Kabinet-Kuyper, 1901-1905) as prime minister. Bavinck was connected to the Free University of Amsterdam from 1902 to 1921 as professor of systematic theology (also known as dogmatics) and ethics.

Bavinck was also politically active. Having held various positions in the ARP political party (Anti-Revolutionary Party) founded by Abraham Kuyper in 1879, he was a member of the Dutch Senate on behalf of the ARP from 1911 to 1921. He spoke there about, among other things, Dutch-Indian affairs and questions of justice. In November 1915 he and others participated in the publication of a brochure, ‘Leader and Leadership in the ARP,’ in which they expressed criticism of the leadership of Abraham Kuyper. They argued for a less dominant leadership and more freedom for members. [1]

Bavinck as a Professor and His Significance

Bavinck was an erudite, profound man, devoting his life to the problem of Christianity and culture. As a professor of dogmatics (systematic theology), Bavinck had thoroughly researched the historical development of theology in general and Reformed theology in particular. He desired to strengthen Reformed dogmatics and to provide answers to questions from society and science. This resulted in one of his greatest works: Reformed Dogmatics. He worked on this treatise from 1895 to 1901, and republished it later between 1906 and 1911.

For Bavinck, dogmatics and ethics were interwoven. Living as a Christian, in his view, means also living and conforming to the highest ethical standards. For him, morality is divided as follows: Dogmatics-He (Christ) is ours; Ethics-we are His. In addition to Reformed doctrines, he has also expressed in another work his thoughts and struggles on the issue of Christianity and culture. However, he never published it.

Thankfully, Dirk van Keulen has annotated this previously unknown work over a century after Bavinck wrote it. It is now published under the title ‘Gereformeerde Ethiek’ (Kok Kampen 2019).

Bavinck appeared to have a special relationship with science. He focused on the questions and problems of his time while simultaneously distancing himself from the spirit of the times.

“A peculiar contrast” characterized his attitude as a “man of science,” wrote Leiden religious scientist William Brede Kristensen. He continues, “There is no one who orientated his labor more to the questions and needs of our time, our civilization, our science, than Bavinck; but also no one who took more distance from the spirit of the times than he.”[2] As one former student noted:

His entire life was a constant struggle for harmony, for synthesis, in which he himself was involved with head and heart, with intellect and mind, with feeling and imagination, and in which he involved the entire cosmos, the material and the spiritual things, nature and the history, the world and the kingdom of God…He was well aware of the contradiction between modern culture and the Christian faith, certainly no less than Kuyper, but, unlike Kuyper, he was always trying to look beyond the antithesis to roads, to perhaps the narrowest footpath, where one could meet.[3]

In addition to dogmatics and ethics from a Reformed perspective, Bavinck also dealt with issues related to education, upbringing and psychology. He wrote various works on this subject, to include ‘Paedagogische beginselen (Pedagogical principles)’,

In 1908, his work “Het christelijk huisgezin” (The Christian Family) was published. In this he stands up for the family as the cornerstone of society.

Bavinck’s work has been groundbreaking for Protestant Christian education in the Netherlands. Bavinck assessed the pedagogical opinions that were customary in his time on the basis of historical developments and Biblical values and norms. He indicated that scientific data can never form the basis of education alone—education requires a normative framework. His love for education was also present in his teaching style. According to one of his students, J.J. Buskes, Bavinck’s teaching style was fascinating, perhaps revealing what was most important both about, and to, Herman Bavinck, giving us a glimpse into one of the Netherlands greatest theologians:

Prof. Dr. Bavinck was not only a great scholar but also a devout man. If Bavinck gave lectures in the boring lecture hall at Keizersgracht, it could happen that he himself was so filled with the glory of God that he forgot about us and, while speaking, gazed out the window in endless distances, because God’s glory is endless, and we sat speechless and were introduced – for our entire life – to the salvation secret of the Eternal and Almighty, who in Jesus Christ is our gracious Father.[5] 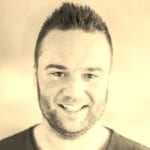 Stephan Disberg is a native Dutchman and the father of two sons. His research interest includes the development of Reformed Conservatism within Dutch history.