hroughout the 1970’s, 80’s, and 90’s, the battle for the inerrancy of the Bible raged throughout the evangelical world, especially in America. Eventually, the supporters of inerrancy gained the upper hand, and it became dangerous for an evangelical to openly oppose the doctrine. So a new method was seized upon to get around Paul’s teachings. Instead of saying that Paul was wrong, now it became fashionable to say that Paul’s teachings are misunderstood by the modern reader.

It is now a question of hermeneutics, not of inspiration. According to the modern evangelical feminist argument, Paul was addressing a particular situation in his culture, and was not giving permanent commands. For example, he wrote that slaves should obey their masters; this did not mean that slavery was a good institution. In fact, he said slaves should seek their freedom if possible.[1]

In the same way, so the argument goes, Paul’s statements about women submitting to male leadership in the home and church reflect the culture of the times, and are not to be taken as absolute and permanent guidelines in a different culture.

This last argument has been greatly expanded and strengthened by much research and writing in recent years. A typical statement of this position is that of James Payton, professor of history at Redeemer University College in Ontario, Canada.[2] He points out that in traditional Greek culture, respectable women did not appear in public alone and never conversed with men other than their families.

Normally they stayed at home in comparative isolation from the outside world. The only women accepted in public male company were prostitutes, either the regular, uneducated prostitutes (the pornai) or the educated, “high-class” prostitutes (the hetairai). Payton notes especially the role of hetairai in Greek culture. They were often highly sought out by prominent male citizens for companionship. They were expensively and attractively dressed, and could converse knowledgeably on topics of interest. When a woman was observed conversing with men in public, it was assumed that she was of this type. With this cultural world in mind, so the argument goes, one can see why Paul urged women in Ephesus not to speak out in public in the church, but to ask questions of their own husbands at home (1 Cor 14:34-35; 1 Tim 2:11-12).[3]

It was “shameful” for a Christian woman to speak out in public, since she would appear to those who did not know her to be a prostitute. Both churches involved in these passages (Corinth and Ephesus) were in the Eastern or Hellenistic part of the Roman Empire, where the Greek culture was still strong. Of course, the argument continues, since we do not have the same cultural setting today, and women can speak in public without such a stigma, there should be no restriction against women speaking in church. This argument finds evidence in Paul’s allowing Christian women to speak to men or mixed groups in other churches, which were in the Roman cultural part of the Empire (as in Rome and Philippi).[4]

In a similar way, evangelical feminists say that the place of women in the home and family is greatly expanded in our popular culture compared with Greek culture. Those few people who still desire male headship often provide an excuse for arrogance and even abuse.

Therefore, there is no reason for Christian wives today to always have to obey or submit to their husbands. Rather, the principle of equality of Christians before the Lord should lead to a family in which both spouses share equal authority.

For example, the organization Christians for Biblical Equality declared:

If there are differences in opinion, the husband is not to be the one to decide:

In the Christian home, husband and wife are to defer to each other in seeking to fulfill each other’s preferences, desires and aspirations. Neither spouse is to seek to dominate the other but each it to act as servant of the other, in humility considering the other as better than oneself. In case of decisional deadlock they should seek resolution through biblical methods of conflict resolution rather than by one spouse imposing a decision upon the other.[5]

It is true that the husband’s being called the “head” of the wife in Ephesians 5 is not an entitlement for the husband to be harsh or cruel to his wife. He is to love and cherish her, to protect and provide for her, even as Christ cares for the church. Some evangelical feminists claim that the traditional interpretation of the headship of the husband can lead to terrible abuses.14 This is possible only when the biblical requirements for husbands are overlooked.

Any doctrine must be judged by it proper application, not by its abuse. Surely, a biblical headship of the husband is no cause for fear on the part of the wife or children, which seems to be Peter’s very point in 1 Pet 3:6.

Feminists often point out that the word “helper” in Gen 2:18 does not imply that the person who helps is subordinate to the one who is helped. Often in the OT the same Hebrew term (ezer) refers to God as our helper.15 They also maintain that the statement in Gen 3:16 that the husband would rule over his wife is not a creation ordinance, but an undesirable result of sin. These understandings are brought to bear in their interpretation of 1 Tim 2:11-15, where Paul instructs women to submit to male leadership in the church on the basis of the creation order and the events of the Fall.

However, these arguments fail at the crucial point of showing that Paul was basing his argument on his own culture. By referring to Adam and Eve’s creation and fall, Paul takes his argument out of his culture, and makes it refer to the whole of human history. Jewett had gotten away from that dilemma by saying that Paul simply was wrong in this passage. Modern evangelical feminists try to get around Paul’s references by saying that “inspiration relates to the divine impulse and control whereby the whole canonical Scripture is the Word of God; interpretation relates to the human activity whereby we seek to apprehend revealed truth in harmony with the totality of Scripture.”16 In other words, Paul’s statements in 1 Timothy are not inspired in themselves (the old idea of verbal inspiration), but only the “themes” of the entire Bible are inspired. His statements are simply a theme applied to his culture. This interpretation is unacceptable if we are to hold to the inerrancy of Scripture, as it is classically understood.[6] 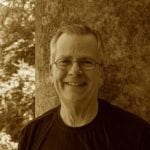 Scratch a Feminist; Underneath Lurks a Socialist
There have been so many people who think they believe one way until they truly see the logical conclusion on where their thoughts lead them.
How Institutionalizing Children for Career is Wrong
Only a foolish optimism of a broken ideology can deny the harsh realities that have accrued due to absentee mothers. But feminism and greed has created an absentee culture.
What is the Social Gospel?
The social gospel has a strong desire to see earthly blessings far more so than spiritual blessing, and could be rightly considered one of the precursors to the modern health and wealth gospel.
Why Immigrants Like Me Hate Illegal Immigration
2020-02-24T19:34:34-05:00By John Battle|Theology and Scripture|