Previous Next
The Problem With Critical Race Theory Pt 1

I was graciously asked to write this article on Critical Race Theory recently, and thought it would be a good idea to show how dangerous this theory is. At the outset, I must distinguish Critical Race Theory from the Critical Theory of the Frankfurt School. The former arises out of a different set of questions about racial discrimination in the United States. In contrast, the latter originates in Germany to more or less provide a general social critique. Critical Race Theory arises out of progressive legal scholarship, with some of its chief proponents being Richard Delgado, Jean Stefancic, and Kimberlé Crenshaw. Though heavily influenced by Critical Theory of the Frankfurt School, as Delgado admits in his work Critical Race Theory: An Introduction, it is still different given its cultural situation and the questions it asks. Namely, How do we understand racial discrimination today? Did the Civil Rights movement go far enough? How do we explain the attitudes of whites toward blacks today? How do we know the terms racism, white supremacy, white nationalism, and white privilege today, and how is our current day different from the Reconstruction and Jim Crow eras?

Critical Theory of the Frankfurt School, on the other hand, originates in Germany from the thought of Marxist economic and social theorists Max Horkheimer, Theodor Adorno, Herbert Marcuse, Friedrich Pollock, among others. Primarily, Critical Theory seeks to provide a social theory rooted in a philosophical critique of society. Critical Theorists, then, seek to critique the traditional social norms, institutions, and economic systems and classes that exist in a given community. This theory tries to explain why the predictions of the classical Marxists did not come to fruition—or appear to. That is, the capitalist nations appeared to be enjoying greater freedom and prosperity, not increased oppression and slavery. A new idea of oppression was sought to demonstrate how capitalist societies are oppressed, after all, hence the social critique as a method and paradigm.

This influence is in American academia in the college syllabi that seek to understand history, literature, religion, etc. through lenses that critique capitalism, Christianity, individualism, and social conservatism. It should be clear now that there is a difference between Critical Race Theory and Critical Theory, if in no other way than just a matter of degree. Critical Race Theory provides a social critique through a lens of race, and in some cases, gender and sexuality. Critical theory is much broader in scope, usually utilized in critiquing the society and economic system in general.

For the remainder of this article, I will do my best to provide a critique of Critical Race Theory, as it is in many American contexts. And I will try to limit myself to 3 problems I have with the theory.

Quoting from Delgado’s book, “Because racism advances the interests of both white elites (materially) and working-class whites (psychically), large segments of society have little incentive to eradicate it.”[1] This comes from the idea Delgado and Stefancic coin called “interest convergence” or “material determinism.” In a sense, it doesn’t matter whether or not one is rich or poor, but that all whites benefit from a racially discriminatory system, by definition. Because this is true, so CRT maintains, all whites must do their part to undermine this system and see how they benefit from it, whether they are rich or poor. A case in point for this is found in the Civil Rights Movement. For Delgado, the problem being faced today is a “complacent, backsliding liberalism represented the principal impediment to racial progress. Today that obstacle has been replaced by rampant, in-your-face conservatism that co-opts Martin Luther King, Jr.’s language; finds little use for welfare, affirmative action, or other programs vital to the poor and minorities; and wants to militarize the border and make everyone speak English when businesses are crying for workers with foreign-language proficiency.”[2]

He even critiqued those conservatives who say we live in a “post-racial” society given the election of Barack Obama in 2008, and that blacks must “stop complaining and roll up their sleeves as anyone else.”[3] The problem I have with this line of thinking is that it seems to assume conservatism equals racism. For CRT, any undermining of welfare, affirmative action, etc. necessarily means we wish to disenfranchise blacks, not the gracious interpretation that we have legitimate concerns about the effectiveness of these policies.

As with U.S. border policy: CRT assumes that to defend border security is akin to a sort of fear of the “other.” For CRT, it is not that we have a very delicate social fabric and economic system that can be severely compromised and undermined if we have unlimited border access and no vetting of migrants coming in. CRT presumes racism and declares the conservative guilty of racism without a trial. In a sense, whites and conservatives are always the liable parties because they benefit from the system, and their political activity demonstrates this. It doesn’t matter that the average Joe the Plumber is thousands of dollars in debt, struggling to get by, and has yet to benefit from welfare given his status; but, because he is a white conservative, he is guilty by association (recall Delgado’s quote above about racism advancing the working-class whites from a psychological standpoint). The remaining two problems are dealt with in Part 2. 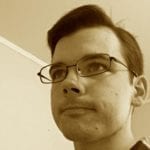 Dale is a religious studies and philosophy student at Appalachian State University, and is going for his Master’s of Divinity at Greenville Presbyterian Theological Seminary, and is a member of a congregation in the Presbyterian Church in America. For more blog posts, you can look at The Conservative Presbyterian on Facebook and Twitter.

#1 Rule for Fighting Poverty
"If you love the poor, if you are a good Samaritan, you must stand for the free enterprise system, and you must defend it, not just for ourselves but for people around the world. It is the best anti-p...
Female Oppression in the Military
If there is any female oppression in the military, it comes from the most unlikely source. Since feminism, men have been blamed for all the problems women face. Is it the men's fault?
Capitalism and the Exploitation of the Working Class
Within capitalism, is exploitation necessary and unavoidable and therefore endemic to the system? Dr. Ronald Nash navigates this question with a fair trial.
Marcuse's Hypocritical Neo-Socialism
Marcuse, with his Neo-Socialism, believed that men need to be freed from false needs and consciousness. Read how his theory, in the end, was hypocritical.
2020-04-22T00:03:50-04:00By M. Dale Hagwood|Social Justice|