R.L. Dabney on Education as a Religious Task

Previous Next
R.L. Dabney on Education as a Religious Task

R.L. Dabney on Education as a Religious Task

Robert Lewis Dabney (1820-1898) is known as one of the great Southern Presbyterian theologians of the 19th century and as the first biographer of Thomas “Stonewall” Jackson.Both of these were part of Dabney’s calling as a Christian educator. Dabney started as a teacher and headmaster of a Christian grammar school, and after graduating from seminary, he devoted his life to preaching God’s Word as a pastor and training future ministers as a seminary professor. Dabney demanded a highly educated ministry, where pastors were classically trained in Latin, Greek, and Hebrew, as he himself was.[1]

Dabney was thus well situated to write on the subject of education, a task he took up in numerous essays. However, the context of these essays should not be ignored. After the War Between the States (1861–1865), progressive policies were sweeping through the South, including in Dabney’s home state of Virginia. Dabney’s writings attacked such progressivism, with the primary targets being feminism, industrial capitalism, and public education. Thus, Dabney did not merely develop a philosophy of education, but he was responding to the push for a statewide educational system. From these essays, we can discern two foundational principles of education.

First, the education of children is a task that belongs to parents, not the state.

Dabney detested government schools, or what are today known as “public” schools (or “common” schools” in Dabney’s day). Tax-funded public schools were foreign to the South, which explains why Dabney referred to them as the “Yankee theory” of schooling.[2] Public schools had existed in New England since the days of the Puritans, but the statewide school system was novel, first implemented in Massachusetts in 1837 under the leadership of Horace Mann.

As part of Reconstruction, Congress required the Southern states to write new constitutions. Virginia ratified a new constitution in July 1869 that included a provision for a statewide public education system. In 1870, the Virginia General Assembly elected William Henry Ruffner (1824-1908) as the first superintendent of public instruction. Dabney understood the statewide school system as a Northern infiltration designed to reconstruct Southern children and conform the South to the demands of the North—a “false system imposed on us by our conquerors.”[3]He voiced his opposition to the Virginia plan through four articles published in the Richmond Enquirer as part of a debate with Ruffner.[4] What makes this debate all the more fascinating is that Ruffner was a fellow Presbyterian minister and Dabney’s former classmate at Union Theological Seminary.

In his debate with Ruffner, Dabney criticized public schools for using compulsory taxation as a means of funding, arguing that the logic of the system would lead to a growing welfare state. He also attacked compulsory attendance and educational egalitarianism, arguing that schooling cannot be forced upon people andthatmany students would not use the education they received. Dabneycontended that the presence of misbehaving children would corrupt the morals of children from good families. Since he considered education to be a religious task that is the responsibility of parents and not the state, he thought the entire experiment would be a disaster. While it is often charged that the public school system is a means of helping the poor, Dabneyelsewhere countered that the public-school system would actually harm the poor since it would “obstruct parental and philanthropic effort.”[5]

Dabney’s conviction that parents are the primary influence on children is best captured in the essay, “Parental Responsibilities,”[6] a sermon Dabney delivered to the Virginia presbytery in 1870. Dabney exalts the great task of parenting—“The education of children for God is the most important business done on earth. It is the only business for which the earth exists. To it all politics, all war, all literature, all money-making, ought to be subordinated; and every parent especially ought to feel, every hour of the day, that, next to making his own calling and election sure, this is the end for which he is kept alive by God—this is his task on earth.”[7] Dabney thought that parents should educate their children in the home and use private Christian schools to aid this task if possible. The public-school system presents a great danger to Christian families, as it “promises deceitfully to relieve him [the parent] of his parental responsibility.”[8]

Second, education is a religious task that has the goal of moral formation.

Dabney’s greatest single essay on the subject of education is “Secularized Education,”[9]an 1879 article that first appeared in Libbey’s Princeton Review. Dabney addressed two questions in this essay: (1) “Who is the agent entitled to control education?” and (2) “What is right education?” In response to the first question, Dabney argued that education is ultimately the responsibility of parents, not the church or the state. As for the second question, Dabney argued that right education has the Bible as its foundation and moral formation as its end.

In addressing America’s public schools, Dabney predicted that they would inevitably become atheistic. The schools would be educating children from a variety of religious persuasions (including different Christian denominations), and only the least common denominator would be allowed, namely atheism. Eventually, the Bible would be expelled entirely and the curriculum secularized—the “complete secularization” of the public schools in America was “logically inevitable. Christians must prepare themselves then, for the following results: All prayers, catechisms, and Bibles will ultimately be driven out of the schools.”[10]It took almost a century, but Dabney’s prophecy came to pass when the Supreme Court banned school-sponsored prayer in Engel v. Vitale (1962) and school-sponsored Bible reading in Abingdon v. Schempp (1963)as supposed violations of the First Amendment.

The whole public school system was therefore set up for failure, and Dabney predicted this would bring great harm upon the church—“for humanity always finds out sooner or later, that it cannot get on without a religion, and it will take a false one in preference to none. Infidelity and practical ungodliness will become increasingly prevalent among Protestant youth, and our churches will have a more arduous contest for growth if not for existence.”[14]

R.L. Dabney considered the education of children by parents to be the most important task on earth, which explains why he also found the public schools to be such a threat to both the family and the church. Ultimately, Dabney’s efforts proved unsuccessful in eliminating the public-school system in Virginia. However, he was fighting against the popular tide in 19th-century America, and no argument could have changed this. Yet the problems and failures of modern state schooling have vindicated Dabney. His concerns over the anti-religious and immoral nature of the system are being realized in the product of America’s schools—which is why his writings on education are so relevant for today. Let us take heed of Dabney’s call for parents to forego the secularized state schools and instead provide our children with a Christian education. 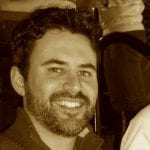 Zachary Garris (J.D., M.Div.) is an attorney in Ann Arbor, Michigan. He is author of Masculine Christianity and editor of Dabney on Fire: A Theology of Parenting, Education, Feminism, and Government. He writes at KnowingScripture.com and TeachDiligently.com.

The Task of Education
As Christians, the passing on of a united identity takes on a double meaning. The initiation into our culture and heritage will be a lonely road. And the vanguard against current social failings will ...
State Education Entails State Religion
Every statesman of the Reformation epic who, like John Knox, argued the right and duty of the states to educate the children, also argued State religion as an imperative duty from the same premises. N...
Machen: Education Degradation
An outstanding fact of recent Church history is the appalling growth of ignorance in the Church. This development is due partly to the general decline of education which is why Christians should have ...
2020-12-07T18:49:02-05:00By Zach Garris|Education|