The Restless Heart of Public Education

Written by Jacob PippinScroll down to see more content

“Thou hast made us for thyself, O Lord, and our heart is restless until it finds its rest in thee.” Augustine

In his collection of essays titled What’s Wrong with the World, G.K. Chesterton said that “education is tradition.” More modern sensibilities might object: education is for the professionals, after all! And “tradition” seems much too slippery a term, they may say. There is not enough wiggle room in between the white space of that word. If one is not careful, it could even make folks think of education as involving more than a room full of No. 2 pencils and human beings of similar age, height, and developmental maturity. Not that there is anything wrong with No. 2 pencils.

Education is the inheritance of a culture, something transmitted across time and generations.

You see, education is not an object to be held in our hands or stacked neatly on a shelf. It is the inheritance of a culture, something transmitted across time and generations. To take it one step further, we can say that education is dogma. Chesterton notes, “A teacher who is not dogmatic is simply a teacher who is not teaching.” Asserting such a proposition sets the secularist’s teeth on edge. I can hear the gnashing. Dogma? Sir, are you insinuating that education is a religious endeavor? Indeed. Education is inescapably religious; it assumes a particular system of faith. The question is not whether education asserts and assumes a religion, but which religion does it assert and assume.

Societies throughout the ages have not been shy in owning that fact. The ancient Greeks and Romans had their pantheon of gods that cast ever-watching eyes on all of life and tradition. Protestants used to teach the Protestant tradition in Protestant schools; Roman Catholic school children were taught Roman Catholic doctrine; and Muslim children were reared on Islamic presuppositions with the Quran in the foreground. All without shame. It was only with the advent of secular, public education that the idea of religious neutrality entered the conversation. But dear reader, don’t be fooled. It, too, has it sacred texts and synagogues and its prophets and priests. A few of the current priests go by the name of Diversity, Equality, and Social Justice. An unholy trinity of wordplay birthed from the minds of cultural Marxists. Their synagogues may not be adorned with religious trappings, but the big budgets still make ’em sparkle. Bring the strange fire of objection to their altar, and you will see what wrath and zeal looks like in the flesh. Trust me. Threaten to withhold the tithe — excuse me, the taxes — and you will witness wailing that would make the priests of Baal blush. Simply put, if you want to see the religious touch point of a culture, then shake the porta potty of their god while he’s relieving himself and poke their golden calves. Wrath will surely follow.

Public education only serves to inculcate a worldview that widens the chasm between man and God, and shape a life spent apart from Him. That should cause us to weep.

Any educative process must assume a center; it must have an integration point. The ancient Greeks referred to this idea as paideia. It was a full cultural integration, a cultivation of the mind and the morals. “In the ancient world, the paideia was all-encompassing and involved nothing less than the enculturation of the future,” says Douglas Wilson. It seems that our educative scope is far too narrow. If we limit our understanding of education to the stuff that happens after the big yellow bus picks up the kids, then we’ve been duped. So, what is the integration point for public (secular) education? The answer is simple: Man himself. The chief end of public education is to glorify man and enjoy him forever. John Dewey, signer of the Humanist Manifesto and public education’s chief apostle affirms:

“Religious Humanism considers the complete realization of human personality to be the end of man’s life and seeks its development and fulfillment in the here and now. This is the explanation of the humanist’s social passion.” ~ Affirmation #8, The Humanist Manifesto

Did you hear that? The paterfamilias of public education as we know it affirms that the complete and absolute realization of human personality is the (chief) end of man’s life. That process of realization is a humanist, secularized form of education. The whole effort converges at that point. For Dewey, this process of realization was a never-ending, progressive march with each student acting as a cog in society’s wheel of the common faith. Secular education is “the fundamental method of social progress and reform,” writes Dewey in his Pedagogic Creed. But one must first shake off any loyalties that get in the way. According to Dewey:

“…the business of the school environment [is] to eliminate, so far as possible, the unworthy features of the existing environment from influence upon mental habitudes. It establishes a purified medium of action. Selection aims not only at simplifying but at weeding out what is undesirable. Every society gets encumbered with what is trivial, with dead wood from the past, and with what is positively perverse. The school has the duty of omitting such things from the environment which it supplies, and thereby doing what it can to counteract their influence in the ordinary social environment.” – Democracy and Education; 1916

Eliminate unworthy features from the existing environment…Traditions perhaps? Church life? Weeding out what is undesirable? Dead wood from the past? Dewey’s humanist god is a jealous god and he will give his worship to no one. Rival dogmas need not apply. In Dewey’s creed, a child has nothing more to do than look within, to cast off all fidelities save the fidelity to man’s autonomy. Darwin’s theory of evolution saturated this educational dogma and broke the fetters that held man captive as a creature responsible to God. For Dewey and his system, life was now summed up in experience; a continuous, burdensome cycle of self-renewal. In the religious, evolutionary worldview of secular education, man is nothing more than matured, cosmic Play-Doh, something to be shaped and molded for society’s benefit. Man is a product of a world always in flux with no fixed points. Underlying this is man’s chief sin, making himself God and jettisoning all truth and responsibility that stands in contradiction. In a world of flux, breaking the chains of history and tradition becomes a noble act. The stationary is akin to death; progression is life. Burning the dead wood of an inherited morality soon becomes the warmth of the fire. The state of public education bears out that fact. But the Scriptures teach us that we do know God, and our attempts to suppress that truth only result in vain imaginations and foolish hearts. When we exchanged the truth about God for a lie, our only prize was vile affections:

“And even as they did not like to retain God in their knowledge, God gave them over to a reprobate mind, to do those things which are not convenient; Being filled with all unrighteousness, fornication, wickedness, covetousness, maliciousness; full of envy, murder, debate, deceit, malignity; whisperers, backbiters, haters of God, despiteful, proud, boasters, inventors of evil things, disobedient to parents, without understanding, covenant breakers, without natural affection, implacable, unmerciful.” – Romans 1:28-31

The children that walk the hallways of public schools are children made in the image of God: they carry the stamp of their Creator. There is no social reform that could ever remove that “dead wood” of truth. Public education only serves to inculcate a worldview that widens the chasm between man and God, and a life spent apart from Him. That should cause us to weep. We are dealing with eternal souls, souls that are in desperate need of reconciliation with the God that created them. The evolutionary presuppositions that plague secular schooling offers only a meaningless, unfixed existence and a restless heart. No meaning to life means no answers for life’s questions, no hope, and no redemption. As a former teacher in the public-school system, I have seen firsthand the brokenness wrought by sin and the inability of secular education to mend soul wounds. I spent all my school years within the walls of public education, and I am fully aware that God can strike straight blows with crooked sticks. But public education does not offer a healing balm, only a cold nihilism with a pedagogical twist. Some may say, “That’s rather dour and depressing. School was fun for me.” Sure, one can feel the exhilaration of flying when they fall from a cliff. But without Christ, this cliff ends in hell. There is no salvation through education. No amount of pedagogical innovations could ever change that.

No meaning to life means no answers for life’s questions, no hope, and no redemption.

My admonition to Christian fathers and mothers:  Get your children out of the secular school system, no matter the cost of that sacrifice. If you sow with the secular winds, don’t be surprised when you reap its whirlwinds. Do not abdicate the responsibility that God has given to you (Eph. 6:4).

My admonition to shepherds and churches: Do not go quietly into the night while the secular school system devours your lambs. Raise your voices against it. Encourage and admonish the fathers to rise to the occasion. Support insofar as you are able families who desire a Christian education for their children but by circumstance or means are unable.

We need Christ. He is the only One who has the power to truly remove the dead wood of our past, present, and future — the sins that enslaved us. He is the integration point that makes true education meaningful, for He is the One that holds all things together. As Robert Dabney so aptly taught us, “Every line of true knowledge must find its completeness in its convergency to God…” May we all find our rest in Him. 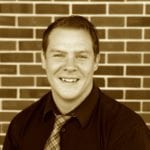 Jacob Pippin is an authentic Floridian laying his roots down in the beautiful, small town of Sanford, along with his wife and their three children. He is a graduate of Rollins College with a degree in Communication and Public Relations. His writing topics of interest include the family, education, and the effects of progressive ideologies on our culture.

Race Counseling in the Early Church