Written by John BattleScroll down to see more content

This article is an extract from a WRS Journal, “Capitalism in the Westminster Standards.” Used with Permission

The Westminster divines no doubt were aware of an infamous attempt at a communist society in Protestant Europe. In 1534 the Dutch radical reformer John of Leyden took control of the nearby German city of Münster. He sought to establish an eschatological utopia. He outlawed private property, instituted communism, introduced polygamy, and had himself proclaimed king of Münster; he lasted only about a year before being conquered by the surrounding army. His brief reign ended with his torture and death, along with widespread grief and desolation. This experiment in practical communism greatly tarnished the reputation of the radical reformation; even peaceful Anabaptists suffered for it.

Another experiment closer to the time of the Westminster Assembly took place in the Pilgrim colony in America at Plymouth. When the Pilgrims first landed in 1620, they established a communist system. However, before long that system proved itself a failure, and they switched to a free enterprise system, with excellent results. Unlike the Münster experiment, Plymouth provided an ideal test, with committed pious individuals with one united purpose. Yet even with that advantage, the system failed.

The colony’s governor, William Bradford later wrote his account of the colony, in which he described this experiment.

The experience that was had in this common course and condition, tried sundry years and that amongst godly and sober men, may well evince the vanity of that conceit of Plato’s and other ancients applauded by some of later times; and that the taking away of property and bringing in community into a commonwealth would make them happy and flourishing; as if they were wiser than God. For this community (so far as it was) was found to breed much confusion and discontent and retard much employment that would have been to their benefit and comfort. . . . I answer, seeing all men have this corruption in them, God in His wisdom saw another course fitter for them.

At length, after much debate of things, the Governor (with the advice of the chiefest amongst them) gave way that they should set corn every man for his own particular, and in that regard trust to themselves. . . . This had very good success, for it made all hands very industrious, so as much more corn was planted than otherwise would have been by any means the Governor or any other could use, and saved him a great deal of trouble, and gave far better content.[1]

According to Bradford’s chronology these events occurred in 1623, twenty years before the Westminster Assembly met. However, Bradford did not publish his history until 1650, several years after the close of the Assembly. It is not known whether any of the Westminster divines knew of this American experiment in Christian communism, but it is possible, since there was correspondence between the colonists and their families and friends in England. At least it is evident that such communistic notions would have been familiar to some Puritans, as they were to the Pilgrims.

The Westminster Standards are not silent about personal or social economics. They clearly maintain the rights and responsibilities of private property ownership, and they deny a collective system. These positions favor the capitalist, free-enterprise system. Four major areas in the Standards speak to this issue: humans’ place in the creation, the commands regarding killing and stealing, the duties of the civil magistrate, and the communion of the saints.

The Place of Humans in the Creation

How did God create man? Ans. After God had made all other creatures, he created man male and female; formed the body of the man of the dust of the ground, and the woman of the rib of the man, endued them with living, reasonable, and immortal souls; made them after his own image, in knowledge, righteousness, and holiness; having the law of God written in their hearts, and power to fulfill it, with dominion over the creatures; yet subject to fall.[2]

Since humans are distinct from other creatures, their relation to the creation is different. All three Standards at this place describe this relation with the phrase that humans were given “dominion over the creatures.” At this point the Larger Catechism provides as a proof text Gen 1:28, “have dominion over the fish of the sea, over the birds of the air, and over every living thing that moves on the earth.” Earlier in the same answer the Larger Catechism had stated that humans were created “after his [God’s] own image,” citing Gen 1:26. It can be shown that the divines linked being created in God’s image with humanity’s place as ruler over creation by comparing these Larger Catechism proof texts with those provided in the Confession. The Confession does not use the phrase “after his own image,” but it does have the statement about dominion over the creatures. However, as its proof text for that latter statement it cites both verses, Gen 1:26 and 28. By citing verse 26 as well as verse 28, they showed that they believed that humans’ being made in God’s image results in human dominion over the creatures.

In order for humans to fulfill the image of God, they were to exercise dominion over the creatures. This dominion includes stewardship of the earth and its creatures, caring and increasing its productivity, regulating its use, and managing its development. God governs his creation in providence; Adam and Eve and their descendents were to govern the creation on earth as his vice regents. The Westminster Standards expand this point in their discussion of the creation covenant, the “covenant of works.”[3]

The Larger Catechism describes this covenant as follows:

Note that this catechism answer makes it clear that Adam and Eve were given a full slate of duties in this covenant. Regarding the land, he was to “dress it” and to “eat of the fruit of the earth,” as well as to exercise “dominion” over the creatures. The “dressing” of the land refers to the biblical commands to “work” and “guard” the ground, to produce crops. His “eating of the fruit of the earth” refers to his enjoying the produce of the land. If Adam had kept this covenant, his descendants would have continued to enjoy this covenant. Each individual and family would have had this same relationship to the land and the animals. There is no indication here of a future government structure that mediated between individual humans and God in this covenant. The right of humans to own and direct property under God is part and parcel with their status as creatures in God’s image and with the creation covenant. 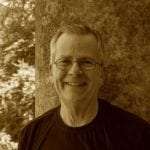 The Authority of the State