Written by Friedrich StahlScroll down to see more content

This excerpt is from the German History in Documents and Images: Volume 3. From Vormärz to Prussian Dominance, 1815-1866

Does revolution mean self-help and violence by the people against their governing authorities? Is it the same as rebellion? — By no means! Revolution is not a single act; it is a continuous condition, a new order of things. Rebellion, the expulsion of dynasties, the overthrowing of a constitution, are things that have existed in all eras. Revolution, however, is the characteristic world-political signature of our age.

Or does revolution mean political freedom and institutions for political freedom? — Must one, in order not to pay homage to revolution, be an adherent of absolute monarchy, or of unregulated police power, or of the immutability of old legal forms? Is it revolution to want a closer union of the German states or protection for Schleswig’s inhabitants against absorption by the Danes? Is it revolution to resist the will of the king or his ministers? — Far from it! Political freedom, the unity and power of the German nation are aims pursuant to God’s will. Loyal resistance against governing authority has God’s commandment on its side. Thomas More, who denied the king of England recognition of the clerical supremacy he appropriated for himself, was no revolutionary. Even John the Baptist was no revolutionary.

Revolution means the specific political teaching, the world-altering force that has shaped the outlook of nations and the institutions of public life since 1789. But if one inquires about its conception and essence, then the answer is this: Revolution is the establishment of the entire public condition on the will of man rather than on God’s order and providence: that all governing authority and power is not from God, but rather from human beings, from the people; and that the entire social condition has as its goal not the application of God’s holy commandments and the fulfillment of His world plan, but solely the satisfaction and willful behavior of human beings. This is the internal center from which the entire system of revolution unfolds. It is the key to understanding all of its demands. Permit me first to list these demands and then to comment on them:

Revolution demands freedom, letting people have their way in all spheres, unrestricted divisibility and alienability of landed property, unrestricted freedom of residency and trade, unlimited freedom for public teaching, for the foundation of sectarian institutions, for divorce. It demands the abolition of the death penalty, decriminalization of blasphemy, and honorable burial for suicides.

Revolution demands equality: Abolition of all estates and classes and corporations [guilds], all existing government authorities, leveling of society.

Revolution demands the separation of church and state: equal rights to government offices for followers of all religions, equality for all cults, treatment of the Christian church as a mere private society bereft of interest for nation and state, introduction of the natural religion instead of Christianity in elementary school and public instruction.

Revolution demands the [Contract], i.e. the destruction of the entire indigenous historic constitution of the country as it has been formed over centuries by tradition and individual laws, in order to make a new one in One Act, in One Document, so that no law is valid anymore unless it is in this document and only because it is there.

Revolution demands the abolition of all acquired rights on behalf of popular welfare. Revolution, finally, demands a new distribution of states according to nationalities contrary to international law: that all Germans form a state for themselves, and all Poles one for themselves, and all Italians one for themselves etc., and that all treaties and rights of sovereigns standing in the way of this [national principle] be destroyed. These demands — now in this form, now in that, now intensified, now toned down — are the ones that have been presented from 1789 up to this hour. 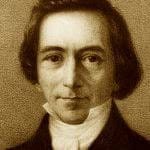