Why Reformed Christians Are Vulnerable To Social Justice

Written by Samuel SeyScroll down to see more content

And now, they think injustice is justice. And they interpret Scripture through culture, not culture through Scripture.

That’s why many professing Christians are more committed to Black Lives Matter than Biblical theology.

But our culture’s understanding of justice—or social justice ideology—hasn’t only infiltrated colleges, it’s also infiltrated churches. Professors are influencing Christians to adopt an unbiblical view of justice, and pastors are encouraging them to embrace it—especially Reformed pastors.

Social justice has become so widely accepted in mainstream Reformed circles it might be considered their sixth point of Calvinism.

I’ve received hundreds of emails from people over the last couple months. And they’re almost entirely from people who feel pressured to adopt social justice ideology or critical theory from their Reformed pastors.

At this rate, social justice is probably going to be one of the major legacies and pitfalls of the Young, Restless, and Reformed movement—and it’s precisely what John MacArthur warned us about that almost a decade ago.

“The [Young, Restless, and Reformed] movement as it is shaping up also needs to face up to some fairly serious problems and potential pitfalls.

As the Young, Restless, and Reformed movement has taken shape, some of the best-selling books and leading figures in the movement have been completely uncritical (and in some cases openly supportive) of seeker-sensitive-style pragmatism.

And one cannot be genuinely “Reformed” and deliberately worldly at the same time. The two things are inconsistent and incompatible. To embrace the world’s fashions and values—even under the guise of being “missional”—is to make oneself God’s enemy (James 4:4). Many supposed reformations have faltered on that rock.”

John MacArthur was severely criticized for those words, but he was right.

Like the seeker-sensitive movement, the Young, Restless, and Reformed movement embraced a celebrity culture and naturally, an elitist model that sometimes prioritizes tribalism over truth, compromise over courage.

Therefore the Reformed movement today is also guilty of seeking approval from the world and approval from coveted groups in our culture. We seem happy to embrace worldly philosophies and social justice as a means of attracting some people to our churches. We seem willing to sacrifice biblical theology to keep some of our church-members or church-visitors from being offended.

John MacArthur said he was concerned many influential members of the Young, Restless, and Reformed movement had a high view of culture and a low view of scripture. The Reformed movement’s attempt to redeem the culture has inevitably made it conform to the culture.

But that high view of culture isn’t the only reason why Reformed Christians have become vulnerable to social justice ideology.

As I suggested earlier, many local churches—especially Young, Restless, and Reformed churches—failed to address the whole counsel of God. In their attempt to dissociate themselves from fundamentalists, they became uncomfortable addressing some burgeoning and controversial issues within our culture.

Therefore they failed address what the Bible says about racism, justice, and politics—to disastrous consequences. This produced what Voddie Baucham refers to as a “false unity” within some circles in the Church.

And that is the biggest reason why Reformed Christians are vulnerable to social justice ideology.

One of the most remarkable things about the Young, Restless, and Reformed movement is that it attracted many young black people from America, Britain, Canada and all over the world to Reformed theology—young black people like me.

When I became Reformed thirteen years ago, I was the only Reformed Black person in my community. That compelled me to become close friends with other unaccompanied Reformed black people in Britain and America.

Black Lives Matter’s emergence exposed our false unity, a false unity enabled by our failure to address race, politics, and justice in our local churches.

We eventually multiplied with others in our respective nations and joined Reformed churches. And for several years, all Reformed people enjoyed and boasted over our increasingly multiethnic churches, and we didn’t recognize our false unity—until Trayvon Martin and Michael Brown were killed and Black Lives Matter emerged in America, Britain, and Canada.

Black Lives Matter’s emergence exposed our false unity, a false unity enabled by our failure to address race, politics, and justice in our local churches.

However, since the Young, Restless, and Reformed movement had invested so much into a seeker-sensitive-style pragmatism and an invested in redeeming the culture, it became vulnerable to conforming to the culture on social justice.

Behind rhetoric like “protecting our witness to the culture” and “producing more multi-ethnic churches”, many influential Reformed leaders have embraced social justice ideology.

And therefore today, we have just as much in common with the seeker-sensitive movement as we do with the Reformers. That’s why we’ve become vulnerable to social justice ideology. 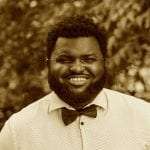 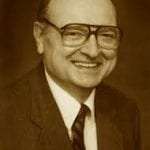 Edwards In The Hands Of Social Justice