What Is Reconstructionism? What Is Theonomy?

Written by RC Sproul Jr.Scroll down to see more content

Like Calvinism and Reformed theology, these two terms are often used as synonyms, but could be understood as genus and species. That is, embracing Calvinism is part of what it means to be Reformed, but not the whole. In like manner some would suggest that theonomy is part of the broader body of convictions described as reconstructionism.  Theonomy might be understood as the conviction that the civil law God gave to Israel in the Old Testament ought to be the law of the land in all nations everywhere. Reconstructionism, if not seen as a mere synonym would include theonomic convictions, and add also an optimistic eschatology, that is the conviction that the kingdom of God is growing, and will before the return of Christ cover the world as the waters cover the seas. It would also include, by and large, a commitment to Van Tillian or presuppositional apologetics. This perspective suggests, depending on whom you ask, either that we must presuppose the existence of God in order to prove His existence, or that seeking to prove God’s existence is impossible and impious, and that we ought only instead to presuppose it. Others might add more qualifiers to the definition of reconstructionism, (such as concluding covenant theology) but these four, Calvinist in theology, theonomic in ethics, optimistic in eschatology and presuppositional in apologetics would be the key four.

Two other important and related points. Whether one embraces theonomy as defined above or not, all of us ought in some sense to be theonomists. My theonomic friends want to drive us to one of two choices, “Autonomy or theonomy!” And of course they are precisely right. We will either have man’s law, or God’s law and only a fool would choose man over God. The question then rightly understood isn’t whether we ought to have law as God would have us have it. The question instead is what law would God wish us to have. Did God give the civil law (that is, the law as it relates to government) to Israel as an exact paradigm of the ideal law for any state, or not? The Westminster Confession calls us to embrace what the divines called “the general equity” of the law. That is, while there are underlying principles of God’s justice at work in the establishment of Old Testament civil law, there may be fitting and appropriate adjustments to take into account our differing circumstances. A common example of this is here. In Old Testament Israel homeowners were required to have fences on their roofs. Such a law would make little sense in our day since we do not spend much time on our roofs as our fathers did. The “general equity” suggests that the point is safety for families and their guests. Thus one could argue that modern homeowners ought to have fences around their swimming pools. How loosely one applies “general equity” would tend to describe how closely one might identify with theonomy as an ideology.

Second, be careful not to heed those critics who have precious little understanding of theonomy or reconstruction. Those on the left, both theologically and politically, delight to present these heirs of the Puritans as evangelical jihadists hell-bent on imposing a Calvinistic fascist regime on the rest of the world. Nothing could be further from the truth. Theonomists, like the rest of us, long to see justice in the political realm. They long to see the nations discipled. They long to see the kingdom made manifest. They long to see every knee bow and every tongue confess that Jesus Christ is Lord. Who, within His kingdom, could ever argue with that? 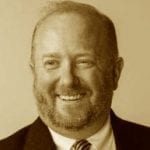 A Reformed Theory of Freedom and Law